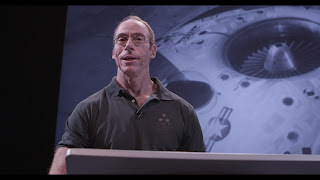 Steven M. Greer, MD is Founder of The Disclosure Project, The Center for the Study of Extraterrestrial Intelligence (CSETI) and The Orion Project and Sirius Technology Advanced Research.

Father of the Disclosure movement, he presided over the groundbreaking National Press Club Disclosure Event in May, 2001. Over 20 military, government, intelligence and corporate witnesses presented compelling testimony regarding the existence of extraterrestrial life forms visiting the planet, and the reverse engineering of the energy and propulsion systems of these craft. Over one billion people heard of the press conference through the original webcast and on subsequent media coverage on BBC, CNN, CNN Worldwide, Voice of America, Pravda, Chinese media, and media outlets throughout Latin America. The webcast had 250,000 people waiting online- the largest webcast in the history of the National Press Club at that time.

A lifetime member of Alpha Omega Alpha, the nation’s most prestigious medical honor society, Dr. Greer has now retired as an emergency physician to work with CSETI, The Disclosure Project and The Orion Project. During part of his career, he was chairman of the Department of Emergency Medicine at Caldwell Memorial Hospital in North Carolina.

He is the author of four insightful books and multiple DVDs on the UFO/ET subject. He teaches groups throughout the world how to make peaceful contact with extraterrestrial civilizations, and continues to research bringing truly alternative energy sources out to the public. Dr. Greer has studied the Sanskrit Vedas extensively and has been teaching mantra meditation for over 30 years.
Dr. Greer’s life work is the subject of the historic film, “Sirius” which will premier on April 22, 2013.
Dr. Greer has been seen and heard by millions world-wide on CBS, the BBC, Larry King Live, The Discovery Channel, the History channel, Thrive and the Ancient Aliens series and through many other news sources.